Interesting footage has emerged from an unknown Professional pilot who appears to have captured a UFO Sighting from their cockpit window while cruising at 40,000 feet. The short clip shows an unusual elongated UFO (not another unidentified aircraft) passing a few thousand feet below, it appears to be travelling at a steady constant velocity under intelligent control, the weather conditions appear perfect and very clear, also it doesn’t appear to be a reflection on the cockpit window itself. The date and location of the UFO sighting is unknown but it was released in 2020. I have enlarged and enhanced the original Source footage to show the UFO in more detail. 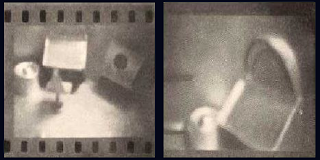