While sitting outside on the patio we noticed clusters of light passing us overhead. They were in a V-Formation, like the way that birds travel. However, the UFOs emit light independently. The UFOs flew overhead individually as a single craft, but sometimes in pairs or even groups of three. At one point two of these formations separated when an airplane passed it. The UFOs also varied in size and the altitude at which they traveled. Not sure what to make of it. Upon research the lights resemble that of the “Lubbock Lights”. nuforc.org UFO Sighting occurred on August 20th 2019 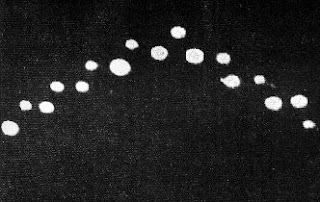 Evidence UFOs Are Real Has Been Made Public

The real significance of the subject UFO information was the admission by our government that UFOs are real. The only question remaining is whether or not UFOs are extraterrestrial. Since UFOs have been observed long before our current level of technology was available, it is highly likely same extraterrestrial. credit F.Stalter / Evidence UFOs Are real has been mad public 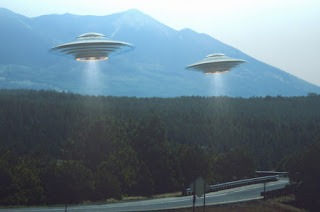 Email ThisBlogThis!Share to TwitterShare to FacebookShare to Pinterest
Labels: Evidence UFOs Are Real Has Been Made Public

Today we examine a fantastic UFO sighting experienced by a mother, with two children, and a family friend in Scotland. This video shows the difference it makes when the shooter and other talk about what they are looking at while they film. Video has been transcribed because they accents are strong. Submitter Description: I was walking my dog with my children and their friend when I noticed a light in the sky at 9:30 pm but didn't pay much attention as I thought it was an airplane but five minutes later I noticed the light was in the same place and appeared to be hovering, there was also no sounds that would be associated with an airplane or helicopter. I decided to try and film this strange occurrence the orb was hovering and I then noticed another "UFO" orb appearing from the clouds the "UFO" orb I was focused on though began glowing, it was far brighter than it appears on the videos I captured, then moved away. A few minutes later it came back again and hovered then glowed but this time it moved towards the other "UFO" orb and appeared as though they would collide but they didn't and it disappeared into the clouds. If anyone has an explanation for this I'd love to know as I've never seen anything like this. Sorry Video has been deleted

"Department of Defense contractors tasked to unravel how extraterrestrial craft operate and who are supposedly conducting “reverse engineering” are taking money to accomplish this knowing that they cannot possibly ever do so.

These DOD contractors are well aware that they are being paid to produce results, and yet have found only minimal value in the study of the craft found fallen near Roswell despite the passage of decades.

This is supported by first-hand witness testimony from Wright, the statements of a former Director of the Defense Intelligence Agency, analysis by two eminent science writers, and the actions of a US Senate insider.

It is clear that while technical studies of the craft continue over years, they are based on misplaced efforts and wasted expenditures. And these efforts and expenditures are being exploited for profit in a major way by these engaged contractors. They continue to string along their black budget paymasters with “progress reports” on a project for which, by its very nature, progress can never be made." 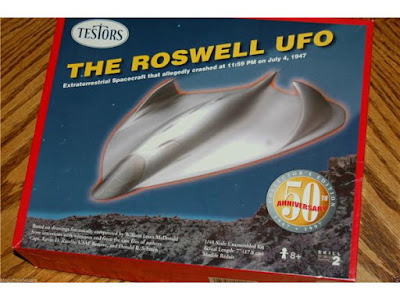 Multiple people in Fairfield, Ohio encountered and recorded, strange UFO lights in the sky. They described the UFO Sighting as a V-shaped craft that seemed to disappear and re-appear. Two different camera recordings are contained in this examination video. One recorded earlier in the evening and one after dark. Both show the same UFO formation of lights in the sky. Sorry Video Has been removed by submitter.

Amber yellow/orange flames around the UFO. The flames emulating the outer surface of a circular saw, and glistened as if burning. Continue Reading UFO report 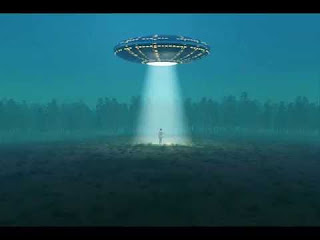 UFO Sighting Recorded on Flight from USA to Greenland

While flying from Los Angeles Angeles to the United Kingdom I was watching out the window because I couldn't sleep. We were flying around 33000 feet heading over Canada towards Greenland and around the pole. Even though it was late at night local time the light from the sun could still be seen in the sky and it created a kind of twilight effect with the red glow on the horizon. I noticed on the Starboard side of the aircraft a darker shape below us in the cloud cover. continue reading
at August 04, 2019 No comments: Links to this post