Another Instagram, and quotes from Steve Justice and from TOM DELONGE about UNKOWN material from UFO. EXOTIC MATERIALS FROM UNIDENTIFIED VEHICLES ACQUIRED by @tothestarsacademy “The structure and composition of these materials are not from any known existing military or commercial application,” says Steve Justice, current Head of Technology and Aerospace at To The Stars Academy and former head of Advanced Systems at Lockheed Martin's ‘Skunk Works,’ “We currently have multiple material samples being analyzed by contracted laboratories and have plans to extend the scope of this study.” 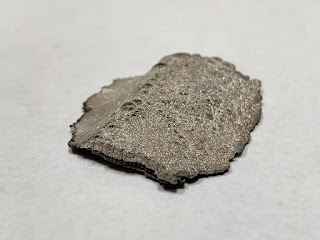 Email ThisBlogThis!Share to TwitterShare to FacebookShare to Pinterest
Labels: Recovered Exotic Materials From UFOs being Analyzed

“I have to comment on this ‘Storm Area 51’ thing. I do understand it was started as a joke by someone, but there are a number of people who are actually planning on showing up. This is a misguided idea,” Bob Lazar posted on his Instagram with a screenshot of the Facebook event.
In a 1989 television interview, Lazar famously claimed to have worked on reverse engineering alien spacecraft technology at a site called “S-4,” located south of the main Area 51 location. “Area 51 is a classified research base. There are no UFO aliens or alien technology located there,” Lazar continued on Instagram. “The only place there was ever any alien technology was at Site S-4, south of Area 51 proper. That was 30 years ago. S-4 may have moved decades ago or it’s possible it’s no longer being used for the UFO Alien project." “I do not support this ‘movement,’” Lazar said. He added that the last time someone attempted to get into Area 51, “he was shot.” “This is not the way to go about trying to get more information. What is good, is the interest in the UFO subject the science and technology. That is what would immediately change the world we live in.”" 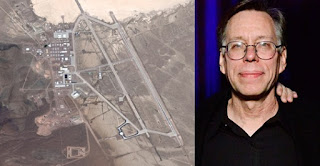 Thinking of entering Area 51 Forget it

"Law enforcement sources in the Nevada area where the notorious U.S. Air Force base is located tell TMZ that all the agencies that need to be aware of a potential raid on the premises are briefed and prepared for folks who might wanna try something come September. We're told the right people are monitoring all this online chatter about a potential raid, and the way the powers that be see it anyone who tries to follow through will be met with serious obstacles. First and foremost, we're told anyone who commits a crime in or around Area 51 including trespassing will be arrested and prosecuted to the fullest extent of local and military law. Our sources also tell us local cops will work together to curb any attempts to even wander near Area 51 property and they're prepared to use non-lethal force, such as tear gas and pepper spray." 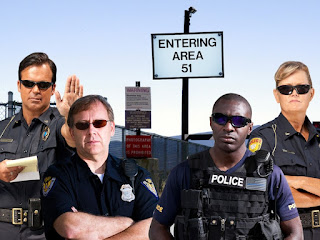 My husband and I were driving through the desert on our way home from Flagstaff and I looked up and saw probably six fireball-type UFO lights in the sky and I pointed at them and asked my husband if he could see those, too. He said they were definitely there, I wasn’t just imagining things. These UFOs were circular, in a mostly straight line, but a couple of them were a little higher than the other ones. Once one UFO disappeared, another UFO would appear on the other side. We saw it for a few seconds, and it disappeared. One light went out, then the next, and so on until it was all out, but that happened within like a second. It went out as soon as I told my husband to grab his phone and take a video, as if it could hear us, or see us. So, since it disappeared, we forgot about the phone for a moment and talked about what we just saw and it came up again, doing the same thing, only a shorter amount of time that time. 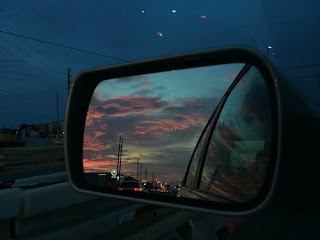 Many blue dots moving without regard for acceleration or inertia

At around 3:00 AM on 7/10/19 , I saw the ISS move across the sky, so I am confident it was not merely any satellite. Many different low brightness blinking UFOs, sometimes emitting pulses of spread light. Movement was erratic, non-linear acceleration in many of them. Could easily move from their current position to an entirely different position akin to shining a laser pointer and moving it across the sky, their velocity had no inertia insofar as I could tell. There was more than a dozen of these UFOs sighted phenomena, and each of them moved in erratic manners. Occasionally split off into more vehicles, though this type of event occurred less frequently. Extremely dim light emission, unable to be received on Android A-6 smartphone camera. 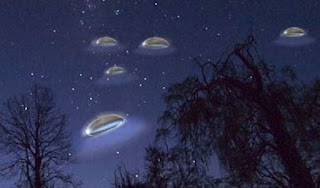 I was watching a fireworks display at the imperial beach pier, as the sky lit up from the fireworks I saw a teardrop shaped UFO flying horizontal towards the ocean. The UFO could have been oval or circular with an air stream behind it but I am not sure. I pointed to it and said "what is that?" a person next to me said "I saw it too" it looked like a falling star but it wasn't going downward, just straight across the sky. After it passed for about 5 seconds it disappeared.