In the first episode of "The Basement Office", host Steven Green street discusses recent bombshell reports that have thrust UFO Sightings into the mainstream. These include ongoing revelations coming out of the Pentagon regarding "unidentified aerial phenomena", the Navy's encounters with unidentified craft that "defy physics", and commercial air pilots having close encounters. This episode features Nick Pope, the "real-life Fox Mulder", who secretly investigated UFOs for the British government during the 1990's while running the "UFO Office" at the UK's Ministry of Defense. UFOs: “A Threat to the Homeland” | The Basement Office - Ep. 1 | New York Post

During a "Red Eye" air defense exercise two F-86-F pilots from Zaragoza air base observed one bright grey egg-shaped UFO flattened in the upper portion with two porthole-like windows. The UFO Sighting seemed to be flying at a speed of 800 km per hour at an estimated altitude of 27,000 to 33,000 feet. Radar at Zaragoza tracked the UFO for about 25 minutes. Elements of the US VI Fleet participated in the Red Eye exercises, but there is no information regarding any contact with this UFO. Spanish results of Red Eye exercises are still classified.

The two pilots were extensively debriefed about their encounter, but when the Spanish Air Staff began declassifying their UFO Sighting files in 1991, inquiries about this case were met with the response "FILE MISSING". Most of the information about this case comes from witness interviews long after the event. Sources: Weinstein, Dominique, Project ACUFOE, Aircraft UFO Encounters: Radar/Visual Cases, Vol. 4, 1967-1976/1999 Case from Vicente-Juan Ballester Olmos and Joan Plana, Spanish Aircat from pilots’ reports. SOURCE credit PROJECT 1947  J.Aldrich 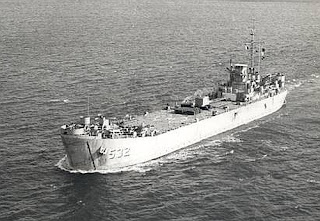 The Inevitable End of UFO Secrecy

UFOs have always been an unspoken part of our world, something that remains officially denied but which is in fact believed by enormous numbers of people, many of whom work within the classified world and know the truth. Richard Dolan argues that the secret will not hold much longer, and in fact changes are already happening. The end of UFO secrecy is inevitable.

UFO Sighting over Australia March 16th 2019 watch video. Peter Maxwell Slattery is an International Bestselling Author, speaker and ET Contactee, with one of the most documented ongoing Extraterrestrial Contact Cases in history.

The U.S. Navy recently stated that it is issuing new guidelines relating to UFOs or UAP. It's noteworthy that the Navy acknowledges the proliferation of unknown objects penetrating sensitive airspace, something that has occurred for decades. But another trend is at work: the ongoing re-branding of UFOs into UAP. Removing the baggage of the term UFO also means siphoning out the history of military confrontation, of crash retrievals, and even of apparent alien encounters. It's part of a slow process we can call Controlled Disclosure. Richard Dolan is one of the world’s leading researchers and writers on the subject of UFOs and believes that they constitute the greatest mystery of our time. He is the author of two volumes of history, UFOs and the National Security State, both ground-breaking works which together provide the most factually complete and accessible narrative of the UFO subject available anywhere. He also co-authored a speculative book about the future, A.D. After Disclosure, the first-ever analysis not only of how UFO secrecy might end, but of the all-important question: what happens next?